You would think there would be a million dragon things in Irish mythology to tie into this theme, but there are not. I searched high and wide, but very few references came up. Finn McCool fought a dragon, so I thought about doing the Giants Causeway. But it just did not seem right or connected enough. I remembered from my first trip to Ireland that there was a Dragon carving above the prison entrance. It actually is multiple dragons fighting. But for my own rules, I could not do details. It had to be the entire building, ruin, or natural feature. It is right there above the entrance, but too small to see any details.

Kilmainham Gaol was built in the 1700’s to be the cutting-edge new style prison, as opposed to those nasty dungeons they used back then. It was the place of countless hangings and executions. They used to hang them in front, then they decided maybe it should not be such a public event and moved them to the back. It is famous for hanging so many of the rebels who fought against the English. They have the death mask there for all to see.

There is so much history here, that I feel I would do it a disservice trying to explain it in a few words. I am sure I don’t need to say this, but Gaol is pronounced Jail. I would not want you to look as stupid as I did walking around Sydney asking where the gggaaaaaaol is? Olde English for sure. 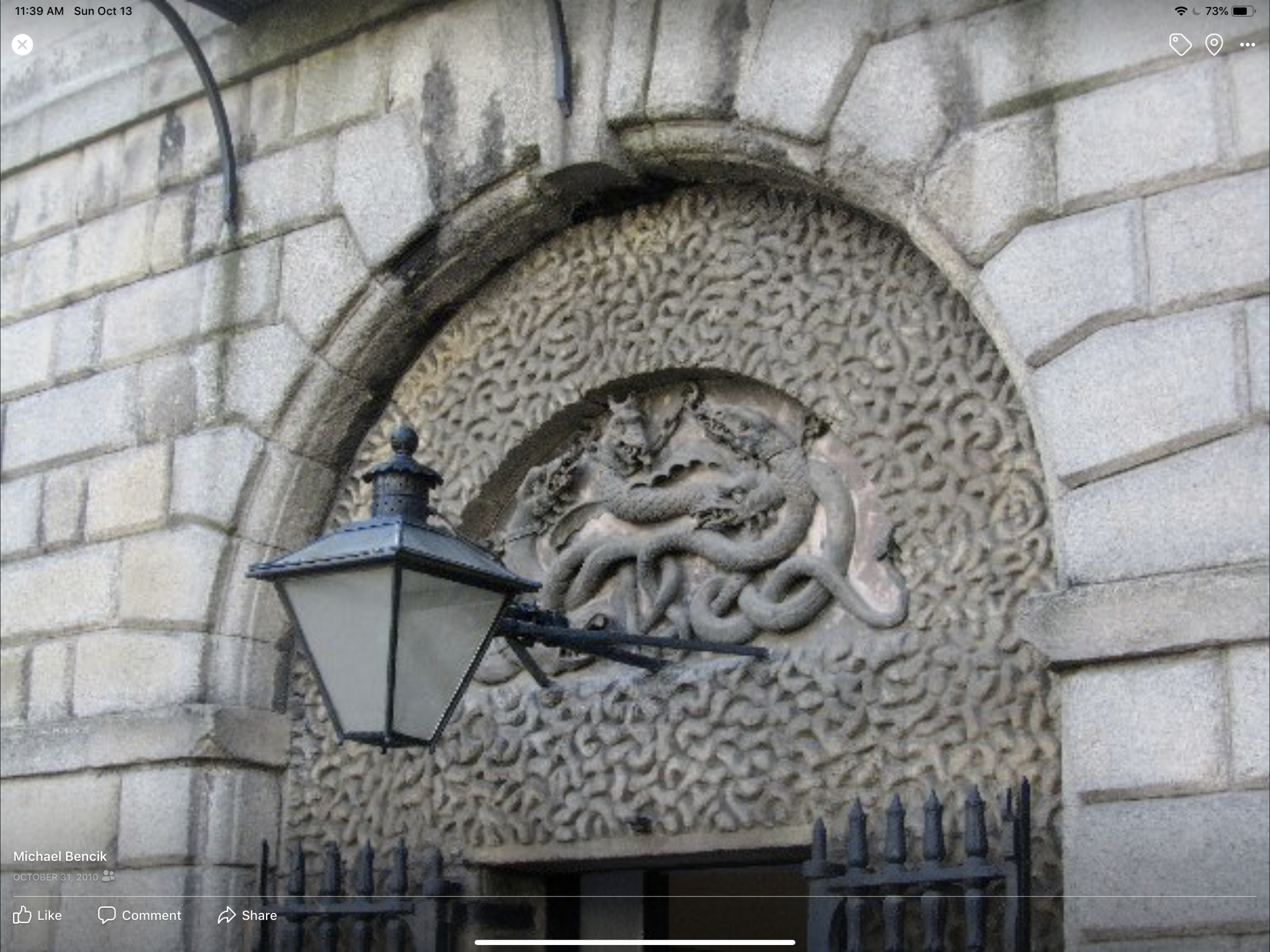 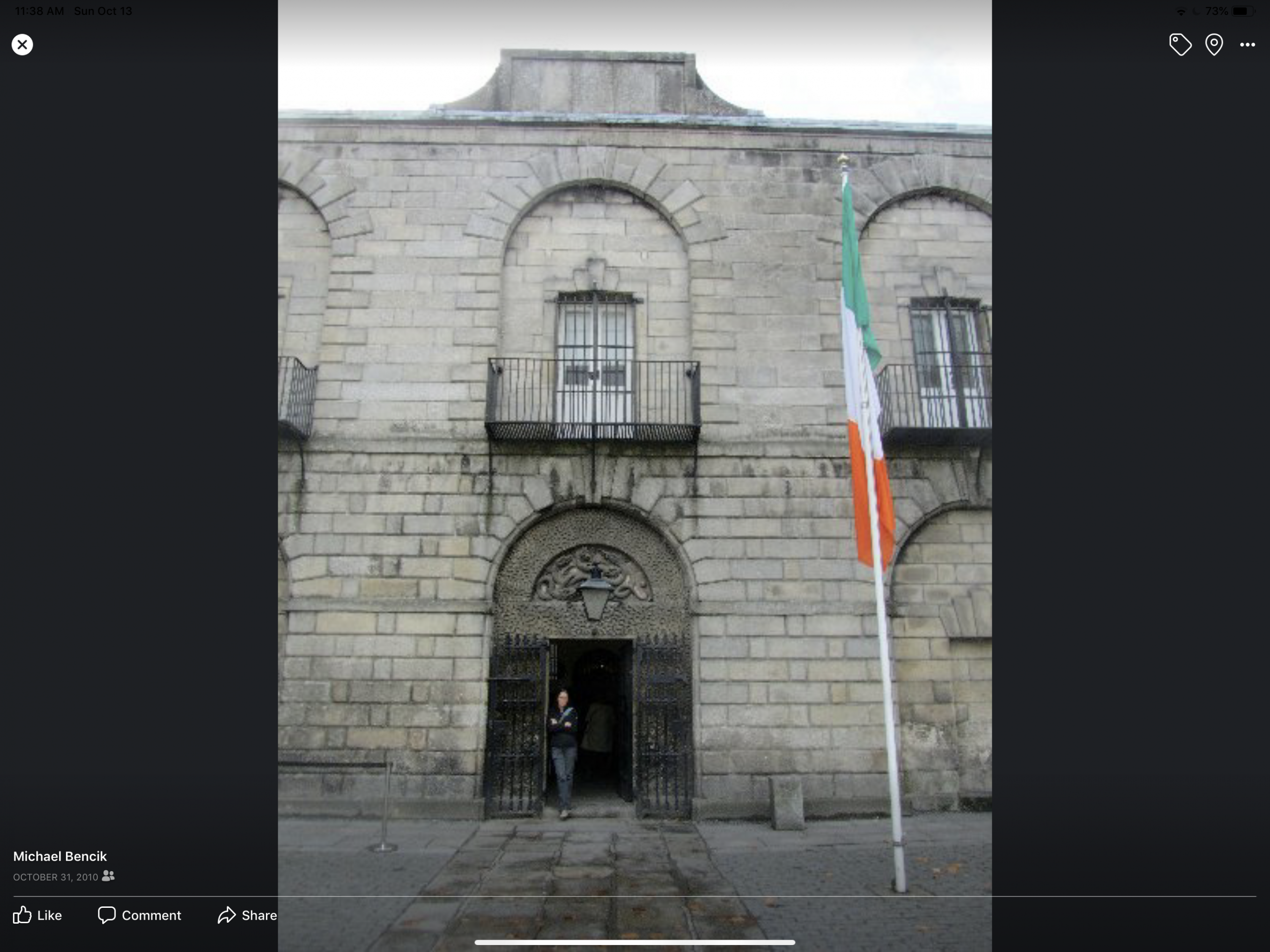