Getting near the end of March now, and I have hit 52 days straight of sketching. Its fun, but you know, some days you just don’t feel like whipping out that sketchpad. But like anything that takes discipline, you are always glad you did when you are done. March has been exciting because every time we think Winter is over, it smacks us in the face. Two major snow storms a week apart made for some beautiful hiking and lovely sketches. The flower show is always an inspiration for spring, and this year was the best in a decade. The above drawing is of my niece Cambrie. It was her sixth birthday and she loved Chinese New Year, so I figured I would give her a little magic.

So if you like what you see, please click follow, and feel free to share. Even more importantly, if you want to join in on the challenge, pick up your pencil and join in. I will be happy to post other peoples art work on this page too. 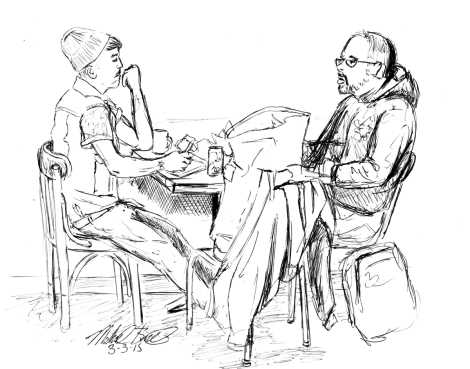 At court for the hearing against the ex-tenant who assaulted me. I was quite pleased, guilty on both accounts. Copyright Michael Bencik 2015

The guy who assaulted me. Copyright Michael Bencik 2015

Every so often, you have to do things you really don’t want to do in life. Going to court against a tenant who assaulted you is not high on my list. Lucky for me the man pleaded guilty, which he was, and I did not have to testify again.

My buddy Kuma chilling out watching the Walking Dead.

March Snow Storm, awesomeness! It was so much fun. We went to Wissahickon Parks’ Forbidden Drive to hike and look at the snow. It was warming up so quickly, that giant clumps of snow were falling from the trees all the time. It was really very magical. 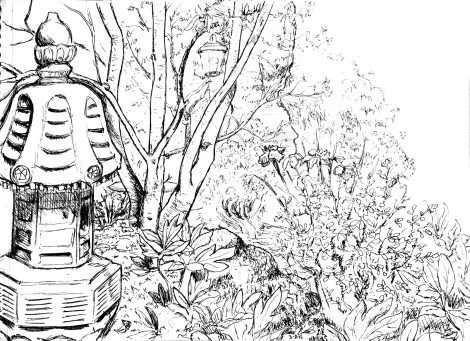 The Philadelphia Flower Show this year was the best in a decade, with the theme of going to the movies. Everything about it was great, from the main displays to miniatures. You walked in under a large marquee made out of flowers, reminiscent of the time when Philly had great movie palaces. Ironically, it was only weeks later that Philly began tearing down its last movie palace. Here is the text on the web site for it this exhibit made by Stoney Bank Nurseries.

Leaving the peace and tranquility that abide within the diverse plants, architectural rocks, and calm waters of her home garden, “Mulan” secretly breaks tradition to take her ailing father’s place in the Emperor’s army. Blooming magnolias, iris, and lotus add splashes of color to artistically pruned and sculpted trees and shrubs. Penjing, the Chinese Bonsai, supplement the landscape, evoking the atmosphere associated with high mountains, dappled glades, and isolated trees on rocky cliffs. For Mulan, the preservation of this home and garden welcomes her back to a life of balance and order.

Friends of the Boyd 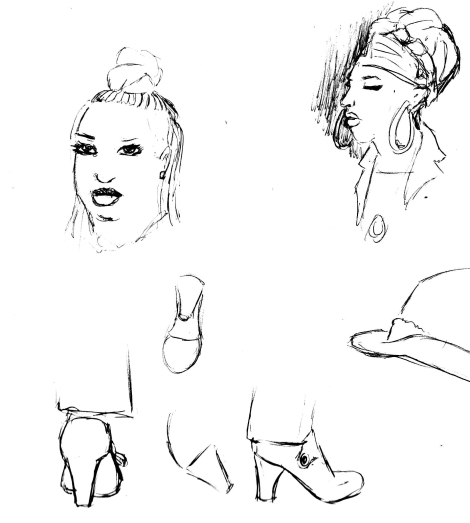 Waiting at TD Bank. This bank always has a line. They never hire more cashiers, and wonder why the customers get so pissed off.

This man was working in a cafe in Ardmore, PA.

Lion Cubs at the Philadelphia Zoo

These were really quick sketches. Was insanely crowded with just too many parents calling them tigers to their kids. I understand kids being wrong, but Mom and Dad, read the damn signs. Tigers have stripes, not that hard to figure out.

Woman waiting to for her appointment. 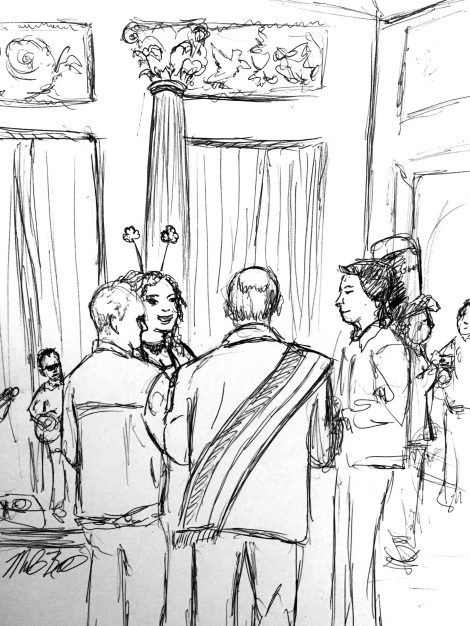 Celebrating St. Paddys day with the Philopatrian Literary Institute. Founded in 1850, its the oldest private club in the nation. Stotesbury Mansion was commissioned by Thomas McKean, signer of the Declaration of Independence. 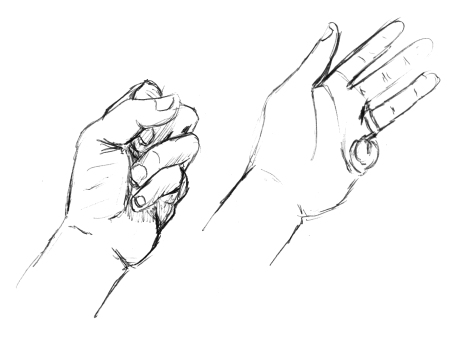 Hands, mine to be precise.

Bartender at a local bar. Try and guess which one?

Good old Satellite Cafe in West Philadelphia. You hear the weirdest things here. The girls behind Yvonne were talking about all kinds of crazy sex stories.

The one thing you always have with you is your hands, well left hand. Maybe one day I will show you a drawing with my left hand of my right. It will not be pretty, or functional for that matter. 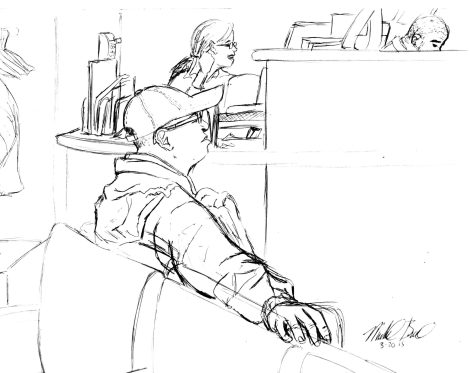 Chilling out in city clerks office. 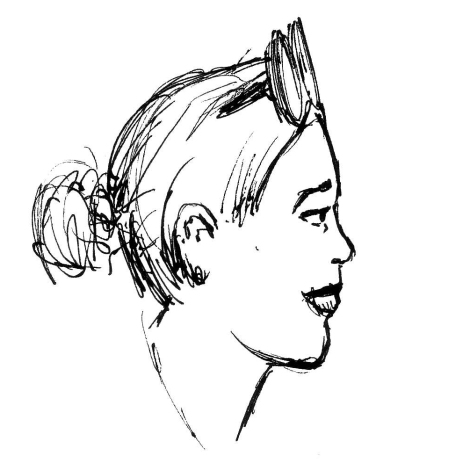 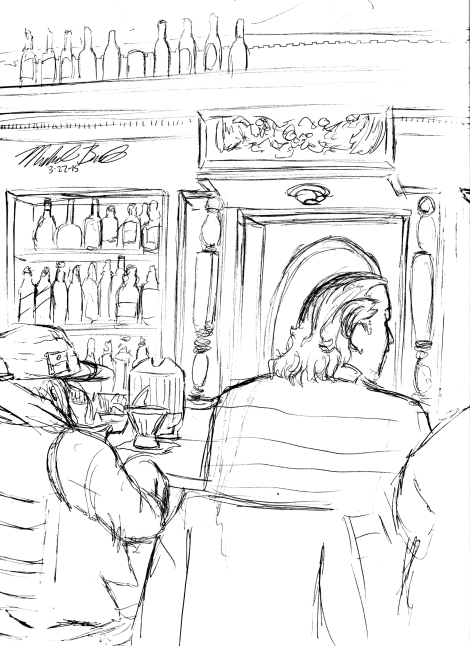 Went to Peddlers Village for a change of pace. Wow was it boring. So then we headed to New Hope, so much nicer. Stopped in this cafe to get Chicken Wings, which were ok, but boy did they kill me later on that night. Who puts chunks of raw garlic in their wing sauce? 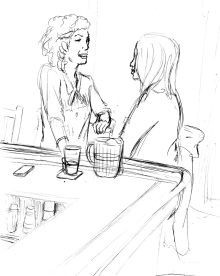 Stopped at Gojo and drew these two girls through my friend. I hated the first one, so I tried a second. Still not mad about it, but a little better. 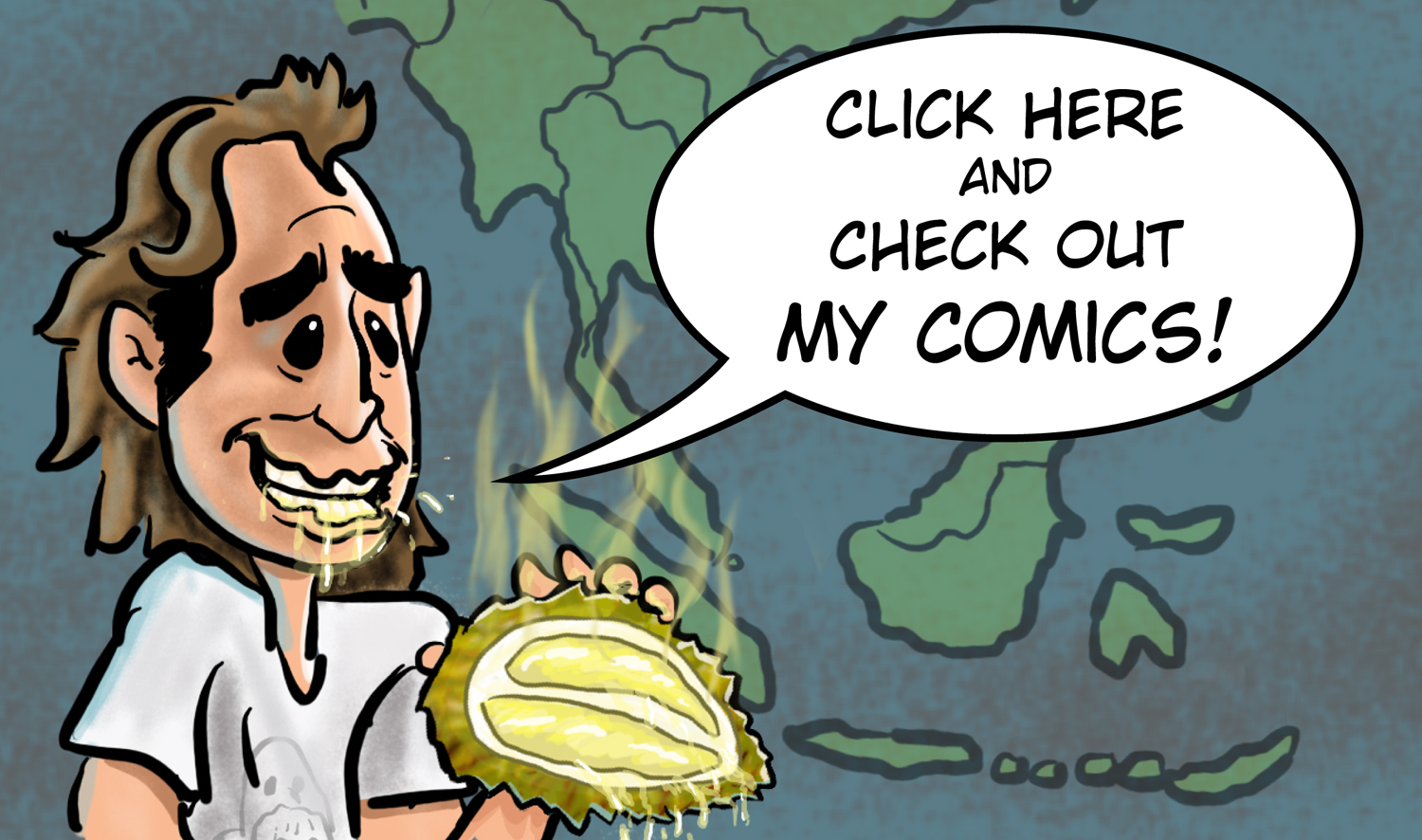